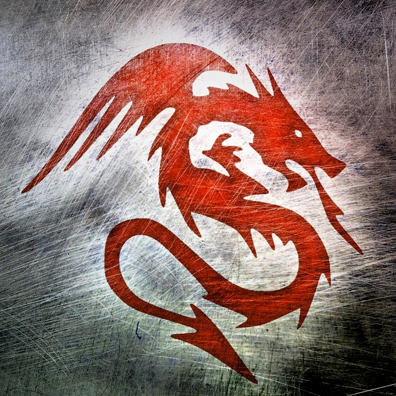 One of our work-based learning students, Abbie, has created a festive tale of how The Hive came to be. One to share with the little people in your life. Merry Christmas!

Once upon a time, in the small kingdom of Worcester, there lived a dragon named Henry. He had large red wings and a long tail with orange and red scales. Henry loved gold and he also loved to read, he had hundreds and hundreds of books and gold coins. He was a beautiful dragon, but he was also lonely. Everyone in the kingdom of Worcester feared Henry, he looked so large and different that they didn’t understand; and so, they all lived in their small kingdom and Henry was forced to live in a cave upon the hills of Malvern.

One year, on Christmas eve, Henry sat at the entrance to his cave, staring down at the kingdom stretched before him. He could hear music and laughter and see the twinkling lights hung on trees. The people of Worcester were having a party. This made Henry angry; how could they have a party and leave Henry out at Christmas? It wasn’t fair. Henry spread his large red wings and took flight over Worcester. He could see people laughing and throwing balls of snow at each other; he could smell the food laid out on tables along the streets and hear the music playing joyfully. Henry perched upon a building and watched. A family were sat at one of the tables exchanging gifts. As Henry watched, the family took turns opening them to reveal toys and other presents inside. Henry felt so left out that he turned and flew back home.

The next day, Henry woke to the sound of voices outside of his cave. Henry was scared, he was used to people not liking him, but it was Christmas day and he didn’t want to feel sad anymore. Henry waited as the voices got closer until a small face appeared in front of him, followed by another, and another, and another. It was the family he had watched on Christmas eve opening presents. The youngest boy approached him.

Tim’s family all said hello too and sat down next to Henry. “Mr Dragon, what would you like for Christmas?” Said Tim. “We don’t think anyone should not get a present at Christmas.” Henry was confused, Him? A present? But why? “I know that you’re different Mr Dragon, but I don’t think you’re a monster. Everyone saw you last night.” Henry blushed, he’d never been very good at hiding. “The town want to give you a present to say sorry. And we are having a party tonight too and would like you to come.” Tim said.

Henry was quiet, he felt so happy to be invited. Tim looked around, “Do you like books and gold Mr Dragon?” Henry nodded. Tim smiled, “I like books too. Please come tonight Mr Dragon?” Tim gave Henry a big hug and then Tim’s family left, leaving Henry alone with his thoughts.

That night, Henry was very excited! His first party! As he flew down towards the town, Henry was confused – where was everyone? The streets were empty and there was no sound of laughter or music. Henry flew further until he spotted Tim. “Hey Mr Dragon! Follow me!” Tim turned and ran towards the river and Henry followed. As he approached, it wasn’t the people of the town gathered together that caught his eye; nor was it the lights, lighting everything up. It was the large golden building before him. It rose higher than all the houses and gleamed in the glow of the Christmas lights. Henry landed next to Tim, staring up at the beautiful building. “It’s a library Mr Dragon, for all of your books! Merry Christmas!” Henry was filled with the most amazing feelings of happiness and love; and with that, the town, and Henry, partied together for the first of many Christmases to come. And to this day, Henry’s books remain inside of his golden library.