We hold many 19th and 20th Century examples of serial publications aimed at young audiences. These include from journals like The Monthly Packet, The Captain and Girl's own Paper to the annuals such as the Daily Mail Annual for Boys & Girls, the Sunlight Yearbook and Our Little Dots.

The Brown Collection of historical adventure stories by G.A. (George Alfred) Henty, (1832-1902), is of international interest to researchers in the area of children’s literature. 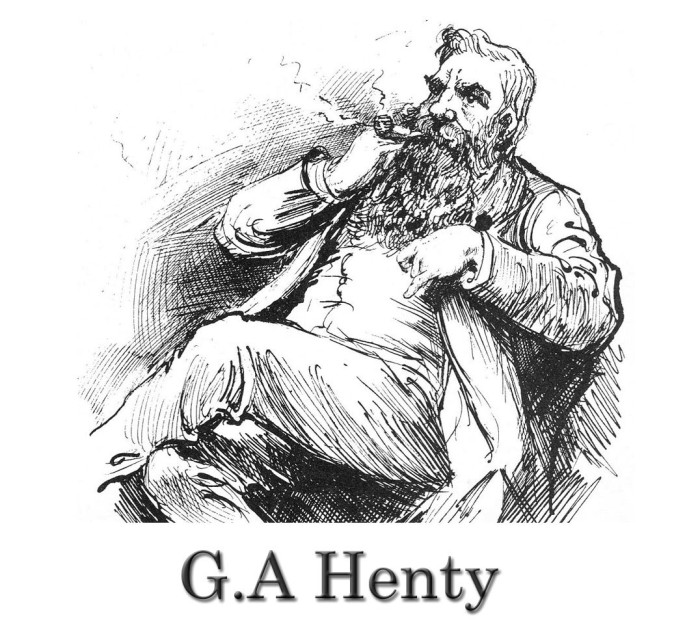 Many of the books are handsomely illustrated and provide an excellent resource for social, design and art historians, or those researching the representation of children.

After an eventful career as a war correspondent, G. A. Henty began to write historical adventure stories for children. His first children’s book, Out on the Pampas, was written in 1868 and published by Griffith & Farran in November 1870, with a title page date of 1871.

While most of the 122 books he wrote were for children, Henty also wrote adult novels; non-fiction such as The March to Magdala and Those Other Animals; short stories for the likes of The Boy’s Own Paper; and edited the Union Jack, a weekly boy’s magazine. His final book was published posthumously in 1906.

As both his journalistic career and his writing coincided with the period of rapid British imperial expansion during the reign of Queen Victoria, Henty often explored themes of conflict or colonial development in his works. His children’s novels typically revolved around a boy or young man living in troubled times. These ranged from the Punic War to more recent conflicts such as the Napoleonic Wars, American Civil War or growth of the British Empire. 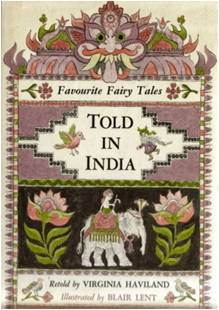 Some of the books are written in other languages, including Japanese; others are translations or re-tellings of stories for children collected from all over the world.

Professor Elkin is a leading professor in children’s literature and currently Deputy Vice Chancellor Emeritus of the University of Worcester.  She worked as a children’s librarian for many years before moving into academia, and was Head of Library Services to Children and Young People for Birmingham Public Libraries at a time when Birmingham was a world leader in children’s library development.

She has written and edited a number of books, including A Place for Children: public libraries as a major force in children’s reading (Library Association, 1999); and The Puffin Book of Twentieth Century Children’s Stories (Puffin, 1999).

Gillian Avery (1926-2016) wrote children’s books which were set in late nineteenth century England, adult fiction and published books on the history of children’s literature.  The Archive, which contains material relating principally to her non-fiction writing as an historian of children's literature, was donated by her family in January 2018.

The Hawkes Collection (pdf) consists of English-language books for children, predominantly based in Africa, telling of travel, exploration or fictional adventures, 1800-1972. 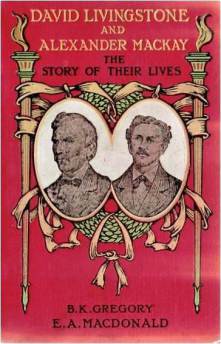 The earliest text is a book written for children describing travels in Africa, published in 1800.  Other non-fiction works in the collection include accounts of explorations through Africa by Mungo Park, Livingstone, Stanley and Cameron.  Several of the texts explore themes concerning the effects on the continent of Christian missionaries and of slavery.

A small collection of fiction for African children written in the 1960s and 1970s, following the political independence of nine African countries that had formerly been British colonies. 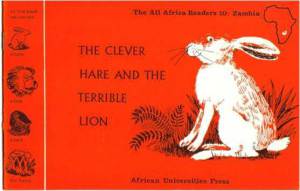 These stories are predominantly written by African authors to be read by African children by themselves or at school.

The Poulten Collection (pdf) comprises of 19 volumes first published between 1892 and 1933 primarily, although not exclusively, published for girls. 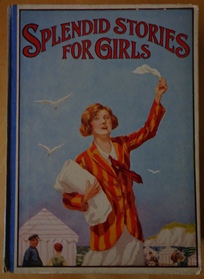 This provides a contrast to the majority of the other collections which are more male oriented. The majority were awarded to Winifred Mary Poulten, the Mother of the depositors, as Sunday School Prizes. 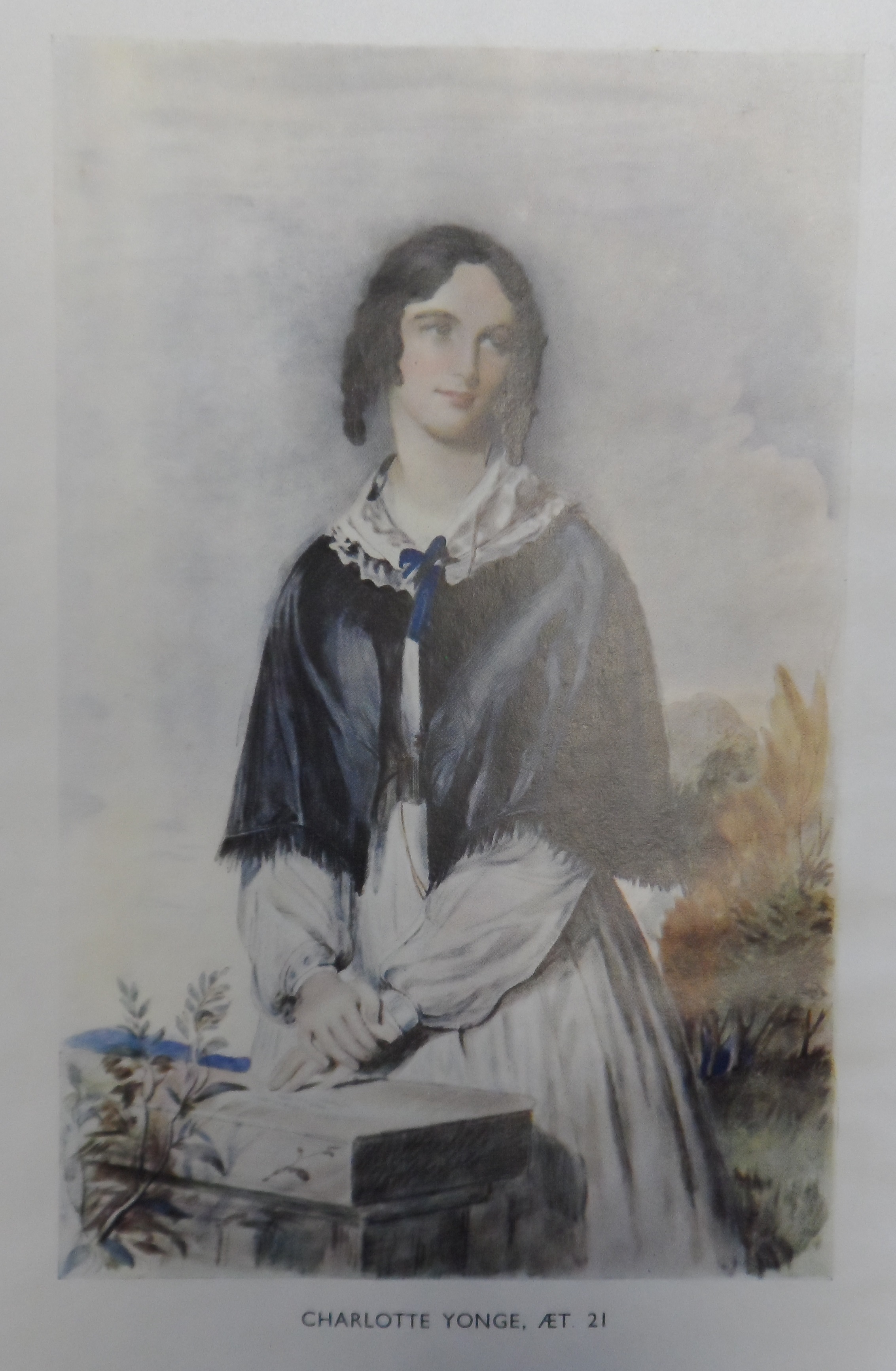 We have an almost complete run of The Monthly Packet (pdf) bound in half-yearly volumes. This magazine was edited by Charlotte Yonge from its founding in 1851 until 1899, from 1890 in collaboration with Christabel Rose Coleridge.

David Severn was the pseudonym by which David Storr Unwin (1918- 2010) published 30 books for children between 1942 and 1977, including stories of school adventure, exploration or the supernatural. 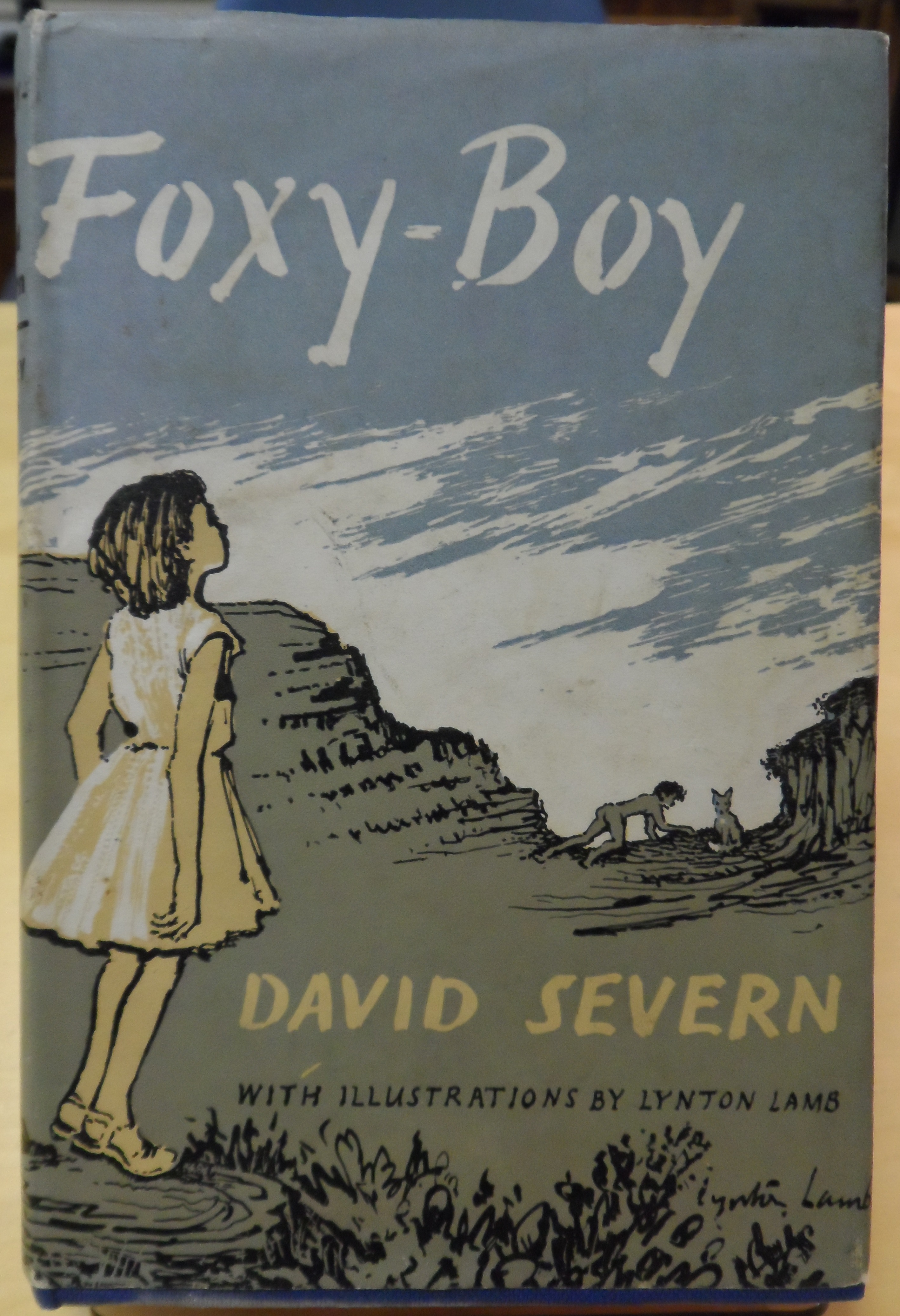 Severn produced books for younger children, often to contract and for series. His first series (1942-6) featured ‘Crusoe’ Robinson who was befriended by youngsters in holiday adventures, many featuring a Romany group. The first of these was Rick Afire! (1942). The Warner family series followed (1947-52) featuring adventures and scenes of English rural life.

A number of books experimented with the paranormal or supernatural themes. Drumbeats! has a youngster beating a native drum to produce visions of the fate of a lost expedition to Africa twenty years earlier.

Dream Gold shows the hypnotic power of one boy over another, with dreams retelling the conflicts of their ancestors. The Future Took Us is a time-slip into far future. The Girl in the Grove, his longest book, is a powerful ghost story. Foxy Boy (1959) features a young boy brought up by foxes, behaving and hunted like a fox, but saved by a girl.

David Storr Unwin was the son of Sir Stanley Unwin, publisher and founder of George Allen & Unwin. Unwin deliberately used a pseudonym for his children's works, in order to distance himself from his father. Under his own name, however, he wrote 2 novels for adults and a biography of his father.

Percy Francis Westerman (1876-1959) was a prolific writer of adventure stories.  Between 1908 and 1959 he wrote and published at least 174 books for children, most with military or historical themes. 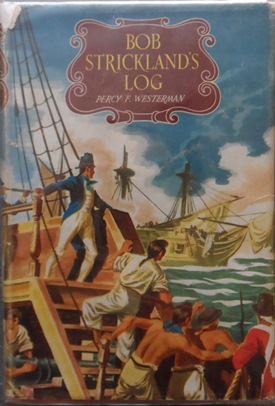 The Percy Francis Westerman Collection (pdf) includes five unpublished typescripts, seven scrapbooks containing material pertinent to his work, and a number of published editions of his books.  The collection also holds some personal documents relating to Westerman, including papers relating to his 'Assistant Clerkship in the Royal Navy' exams.

Many of the books are handsomely illustrated and provide an excellent resource for social, design and art historians, or those researching the representation of children.

So successful were Westerman’s first three books that in 1911 he gave up his post as an Admiralty Clerk in the Portsmouth Naval Dockyard to become a full-time author, although he did not sever his links with the armed forces entirely: during the First World War he was employed on coastal duties by the Royal Navy.  In 1918 he was commissioned, like W. E. Johns, author of the Biggles series, as an instructor of navigation in the Royal Flying Corps. During the Second World War Westerman commanded a company of the Dorset Home Guard.

During the 1930s Westerman was voted the most popular author of stories for boys. His books sold over one and a half million copies in his lifetime (total sales at his death were 1,599,000).  His last book, Mistaken Identity, was published posthumously in 1959.  Further information on the history and provenance (pdf) of the collection.

The Wynne Collection (pdf) mostly comprises adventure stories written for boys, published between 1850 and 1900. Many are based on historical events or set in exotic locations.  At the time they were published, such themes both reflected and fuelled interest in foreign and unfamiliar territories. 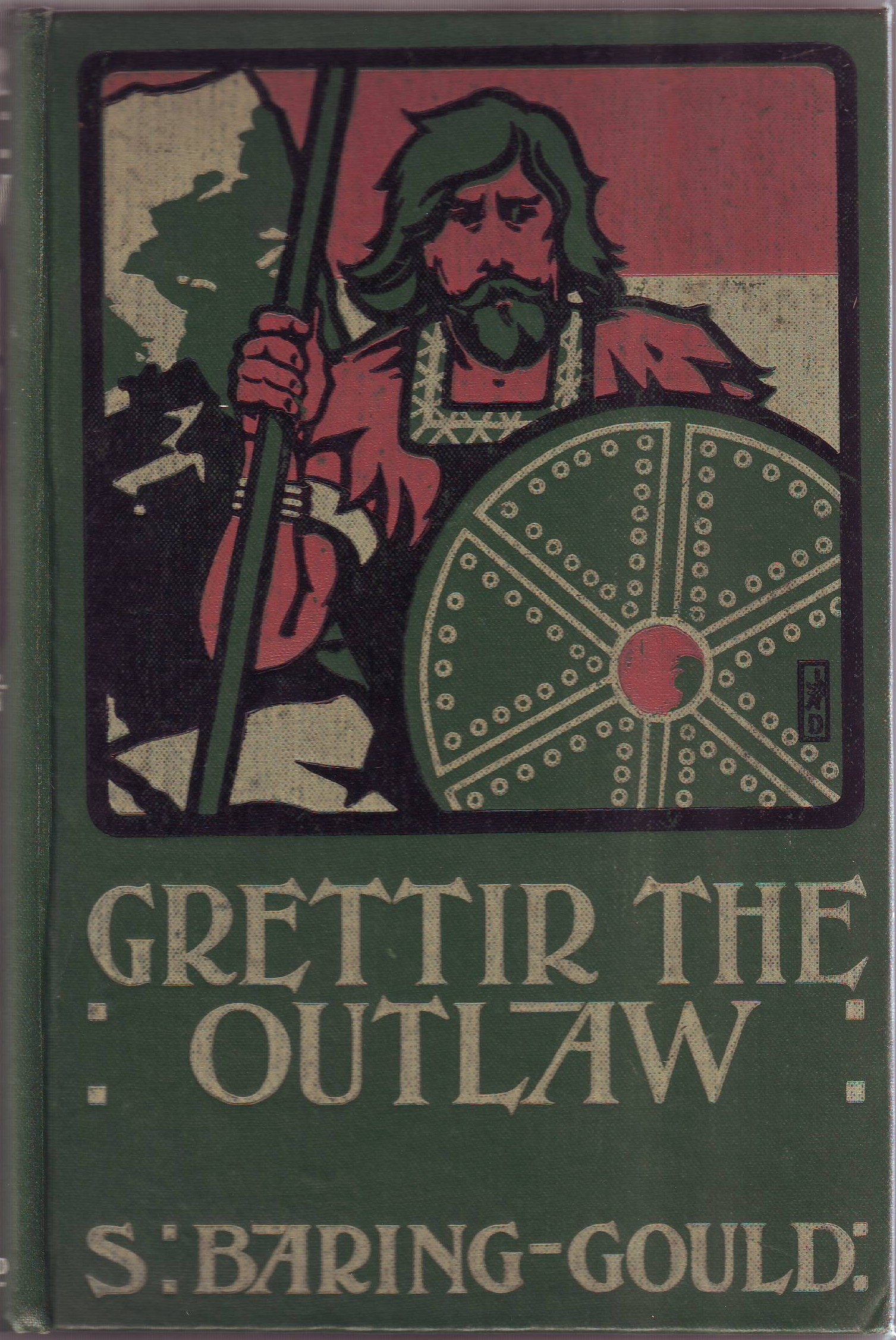 The Collection of approximately 200 items was originally put together by Brian Wynne in order to provide a broader context against which to study the writing of G.A. Henty and to assess his position amongst contemporary writers of adventure fiction, 1850-1900.